As part of our long-standing focus on gender and intersectional equality, P&G ushered in International Women’s Day with the We See Equal Forum at the Cincinnati Headquarters on Tuesday, March 5.

The event featured a diverse array of artists, activists and brand leaders, and was designed to spark conversations, tackle bias and accelerate progress toward a more equal world. 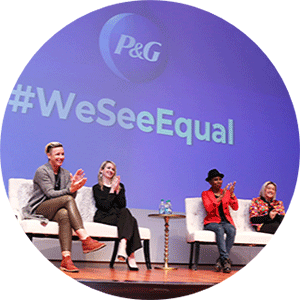 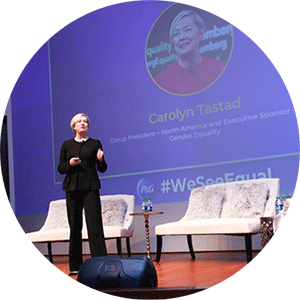 Carolyn Tastad, P&G’s North America Group President and Executive Sponsor of Gender Equality, kicked off the day by welcoming guests and articulating the three areas where P&G is concentrating our efforts to make the biggest impact:

To learn more about P&G’s Gender Equality programs around the world, read our 2018 Citizenship Report.

Carolyn reflected that while we’ve seen great progress with national discourse and social media centered on women’s empowerment, and recently witnessed a record number of women elected to Congress in the U.S., we still have work to do—especially in the business world. Fewer women are in Fortune 500 CEO roles than a year ago, and men’s income continues to rise faster than women’s. This gap is even wider for women of color.

This year’s We See Equal event focused on gender and intersectional equality. P&G uses #WeSeeEqual to reinforce the Company’s aspiration to build a better world for ALL of us—a world free from gender bias, a world with equal representation and an equal voice for women and men.

The forum modeled the Hello Sunshine X Together Live Tour that P&G sponsored in 2018 with storytelling, comedy and inspiring conversations for intersectional, intergenerational women and men. The day was hosted by Jennifer Rudolph Walsh, Global Head of Literary, Speakers, and Conference Divisions at WME and Founder of Together Live. 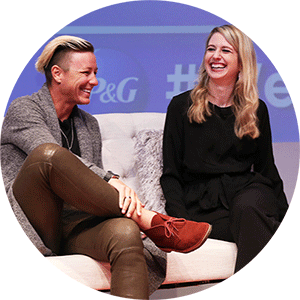 Secret’s “I’d Rather Get Paid” campaign set the tone for the conversation as the panel considered the ways in which women confront inequality in pay and in the workplace. During the panel, Abby shared, “I want to get paid because money equals respect which equals freedom.” Many of the guests shared personal experiences raising daughters and sons, and how we must nurture them both. Just as we tell our daughters, “You are strong, you are confident,” we must also be telling our boys, “You can be kind, and soft and vulnerable.”

The afternoon session focused on inviting all voices to the table to be heard, including the important role of men in advancing gender equality. 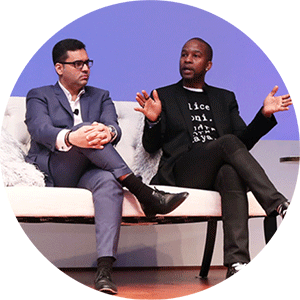 Gillette’s Pankaj Bhalla (pictured above, left), along with Former NFL Player and equality advocate Wade Davis (pictured above, right), discussed Gillette’s bold “We Believe” campaign released earlier this year. Gillette endeavored to create a spot with the intent to show great men setting a positive example for the next generation.

Wade shared that it’s a tough realization that bias is ingrained in society. But as a man,“We have to own our complicity in it. We must accept a certain level of accountability and do the work to educate ourselves on what equality looks like.”

Pankaj led the Gillette campaign, which sparked a national conversation and reaction that revealed that there is still much work to be done. “Gillette was speaking to the young men and women who see Gillette as their dad’s brand. In “We Believe,” were speaking directly to the young people,” Pankaj said. 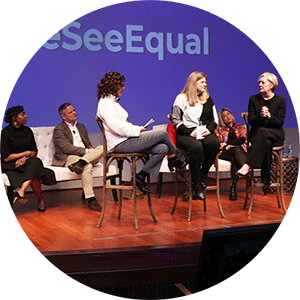 The event closed with a discussion of the new playbook required to make faster progress on gender equality inside companies like P&G. Carolyn Tastad and Deanna Bass, P&G’s Global Director for Diversity & Inclusion (pictured above in the center), explained that this playbook shifts the focus from “fixing the women” to fixing the systems, policies and cultures that perpetuate bias and the global gender gap. It focuses on three specific interventions that can lead to rapid progress and are crucially important to millennial employees: improving talent systems, driving equality-based policies and practices, and setting new expectations for leadership.

P&G is deeply committed to gender and intersectional equality, and will continue to work to create an inclusive environment within P&G and to use our voices and resources to drive global change. 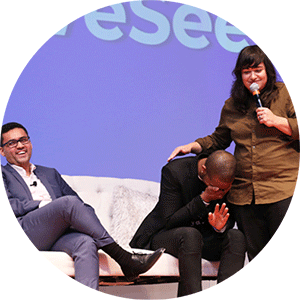 Comedian Sabrina Jalees comforts Wade Davis, who was keeled over in laughter at one point during her hilarious comedy set. 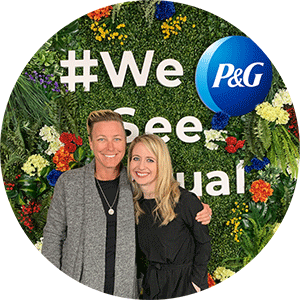 Get to know us a bit better